How to Get Someone Out of Jail with No Money 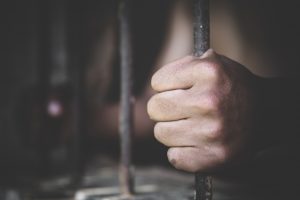 Bail can feel very unfair, especially when you’re trying to get a friend or a family member out. If you don’t have money, you can’t pay bail. But what can you do?

You still do have some options in this situation. A bondsman may be able to help.

First: Bail Can Be Appealed

You should be aware that people can appeal the amount that their bail is set at. They can request to appear before the judge again, and they may be able to get their bail appealed. You may be able to get your bail reduced if you committed a non-violent crime or can prove that you aren’t a flight risk, for example. But appealing bail takes time. Even though you can do it, you may not have the time to do it. That’s where other options come in.

Working With a Bondsman

It’s a common thought that to work with a bondsman, you need to be able to pay the fee upfront. But that’s not always true. Some bondsmen will work with you to ensure that your friend or family member gets out fast.

A payment plan can be created, though you will likely need to leave collateral behind. Compared to bail, a bond fee is very low. Usually, a bond fee is going to work out to about 10 percent of the bail.

Bonds Are Much Less than Bail

If you can come up with some money, but not the full amount, a bond is going to be your best option. Your bail bondsman will tell you exactly how much you need to pay.

The downside to a bail bond is that you won’t get your down payment back. The fee you pay goes to the bondsman, and together with your collateral, it works as insurance in case the bailed-out individual does not appear in court. Paying the full bail amount in cash is risky as well, however. If the person you bailed out doesn’t appear in court, you won’t get any of it back.

If you have no money and you need to get someone out of jail, it’s time to contact Freedom Bail Bonds. We can work with you to find a way to get your loved one out on bail.

About the Author: Ryan Nielsen

We Also Do Bonds by Fax or Email